My company ThingM had an official presence at Maker Faire this year. We were showing off the BlinkM line, including the new BlinkM MinM and the LinkM USB BlinkM controller. It was a lot of fun. And packed! 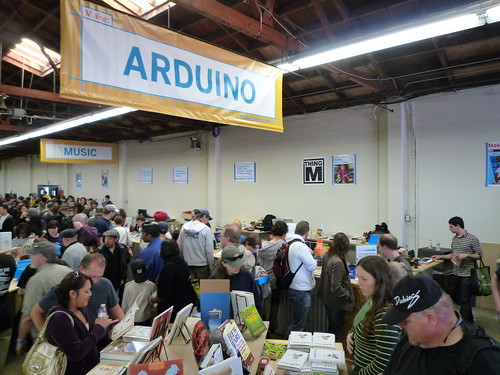 We were in the Maker Shed building, right underneath the Arduino banner, so we got lots of awesome questions about Arduino. The most common: “So I just picked up this thing that says ‘works with Arduino’…well, what *is* Arduino?” It was so great to see so many people interested in building their own gizmos. 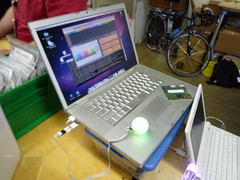 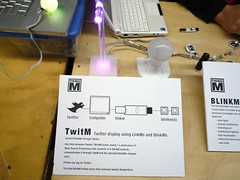 By far the most fun demo we had was TwitM, the Twitter-controlled BlinkM. Using LinkM, a couple BlinkMs, and a Processing sketch, I had it so anyone who tweeted anything with the keyword “makerfaire” made one BlinkM flash. If you tweeted “blinkm colorname”, where colorname was any color in the X11 color names or a hex color code RRGGBB, the other BlinkM would turn that color. Because of the streaming Twitter API, these changes happened instantly; it was really something to see. 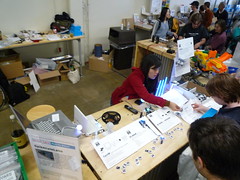 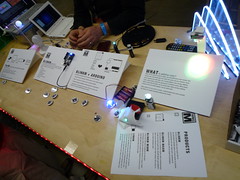 Kim and Mike made up some really nice “walltext” describing the various demos we had up. 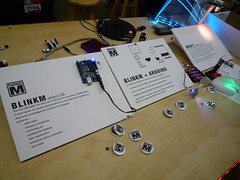 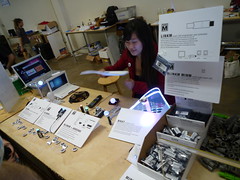 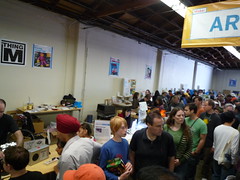 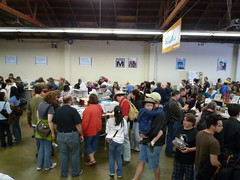 This was about regular busy at the Faire. There were many times when it got way more packed.

One Response to “ThingM at Maker Faire 2010”